A Battle of the Round-Head Flashes

The Godox V1 round-head flash is coming to market despite the loud protests and legal threats of Profoto, which claims its A1 design was stolen (something Godox denies). If you’re wondering how the $259 V1 compares to the $995 A1, photographer Robert Hall has a sneak peek for you.

In the 14.5-minute video above, Hall pits the V1 against the A1 to see how the features and performance compare.

First, Hall compared the light pattern of the two flashes:

After publishing a blind test to photographers over at SLR Lounge, the vast majority (~89%) said they preferred the Godox’s quality of light.

Both the V1 and A1 share the same maximum light output, HSS, TTL, magnetic modifiers, the same recycle time, similar size, a switch lock, and a modeling lamp.

Hall notes that neither flash produces soft natural light when used unmodified since both are small, harsh light sources.

Hall found that the Profoto A1 has more accurate daylight white balance, a better display, a sleeker build, and a perfect 9-stop light output range.

On the other hand, the Godox has its advantages as well. It has shorter flash durations, 35% more 1/1 flashes on a battery charge, less battery drain, more consistent color temperature, and a reverse-tilting head (for bouncing backward without twisting the head 180 degrees). 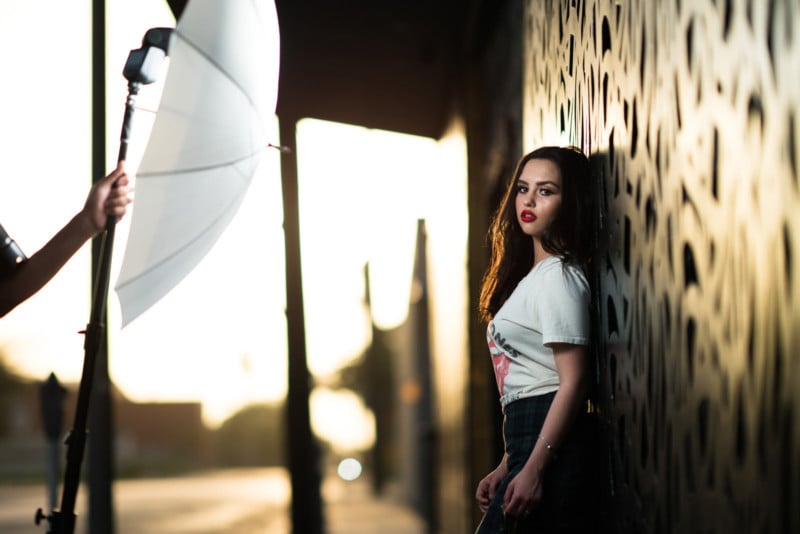 “The Godox V1 and Profoto A1 are extremely similar flashes in terms of capabilities,” Hall concludes at SLR Lounge. “You would be hard-pressed to create an image with one that couldn’t be done with the other.

“The primary issues facing the Godox V1 are it’s slightly blue color temperature and thermal protection limit of 30 full power flashes. But, if neither of those will affect your shooting style it’s hard to ignore the quality the Godox A1 delivers at 1/4th the price of the Profoto A1.”

Hall reports that the Godox V1 is being shipped to retailers now and should be hitting shelves soon. You can pre-order it now for $259.

The addition of cameras to drones may have just changed the way many industries run forever. They can be used to check areas...
Read more
News

Data loss is a very painful experience that unfortunately many of us go through at some point in our lives. In my workshops,...
Read more
News

What is DITI? It is an acronym for Digital Infrared Thermal Imaging. DITI is a non-invasive test of physiology using a state-of-the-art infrared...
Read more